Finding good meme generating apps can be difficult. There are a ton of them and most of them are pretty bad. Memes are awesome things that are useful and hilarious everywhere which means you should have a good memes generator app to help you out. Please note that these things appear and descend all the time. Those on the list should be around for a while though! Check out the best meme generator apps for Android! We would also like to give an honorable mention to Pixtica ( google play link ), a video and photo editor with meme generation capabilities.

GATM Meme Generator is one of the few good memes generator apps with semi-frequent updates. It includes an image gallery where you can bring your own images to meme. The app also comes without a watermark, relatively recent memes templates, and relatively decent stability. It gets an occasional redesign, but most of its functionality remains intact. The free version contains ads. The pro version costs $ 1.95 and removes the ads. You can generate a lot of great memes with this one and it has been around for a while. Mematic is a decent memes generator. Like most of the others, it has a library of memes templates that include most of the classics and some recent memes. You can bring your own photos and make memes from them if you want. It also helps fill in the gaps in Mematic’s memes library. This one has a simple user interface. It should be pretty easy to use for most people. There is nothing really wrong with this one other than an occasional bug. The app is completely free with no in-app purchases. However, there are advertisements with no way to remove them. We would have preferred a pro option for this. 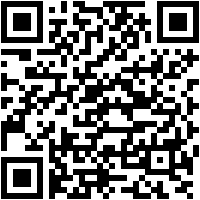 Memedroid is one of the oldest memes generator apps. It contains the usual elements. You will find a bunch of old and new memes ready to be generated. You can also upload your own photos and GIFs and caption them as well. In other words, it does the basics of what makes a good meme generator app. There aren’t a lot of additional features. In this case, that’s good because it just lets you surf the memes and then create your own. There are nasty advertisements and the app crashes from time to time. Other than that, it’s pretty good. ZomboDroid meme generator is probably the best meme generator apps for various reasons. For starters, it has a paid version with no ads. It’s already refreshing. It also offers over 1000 memes templates, the ability to make your own memes, decent search, categories, frequent updates with newer memes, and more. They also have an old version for older Samsung devices due to an unresolved bug. This is one of the more stable options. This developer also has a video and GIF meme app as well as a meme soundboard in case you want to surf other types of multimedia memes. Tumblr, iFunny, and Giphy are three popular apps that represent a unique style of meme generator. They all do different things first. Tumblr is a blog site that was fun before the NSFW ban, iFunny is a comedy app for wasting time surfing other memes, and Giphy is a repository for GIFs. However, these three apps also include features to generate various types of memes. Tumblr and iFunny mainly deal with still image memes and you need to bring your own images to the meme. Giphy deals exclusively in GIF format, but you can upload your own and add captions, creating your own meme. It’s nice to see apps starting to include this kind of functionality by default.

READ ALSO: 7 best Instagram font generators and how to use them in 2021

If we missed any of the best meme generator apps for Android, let us know in the comments!