Here’s how to get the new features of Android 11 on any Android!

Well, if you keep up to date with the latest technology news and events, you might be aware that Google recently released the latest version of its mobile operating system – Android 11. As of now, Android 11 is no longer available. only available for Pixel, Xiaomi, OnePlus, Oppo and Realme smartphones.

Other high-end devices were supposed to receive the Android 11 update very soon, but the date is still not confirmed. Compared to previous versions of Android, Android 11 introduced new features like the ability to revoke permissions, screen recording, dark mode scheduling, etc.

SEE AS ​​WELL: 10 best storage apps for Android and iOS

Get the new features of Android 11 on any Android

The good news is that you can take advantage of all of these features on a non-Android 11 smartphone by installing third-party apps. There are a ton of apps available on the Play Store that get the functionality of Android 11 over older versions of Android.

So, in this article, we are going to share some best apps that bring the latest features of Android 11 to any Android device.

Well, Android 11 introduced several new features, but among all of them, Unique permissions were the most important. The latest version of Android allows you to temporarily grant certain permissions , so that the app will lose access to the granted permission once you close it.

You can get similar functionality on older version of Android by installing theBouncer app. If you are one of those users who erase all Android notifications without even looking at them, you would love this new feature. Android 11 has a new Notification History page that allows you to view rejected notifications for up to 24 hours . Well, if you are using Facebook Messenger on Android, the concept of Chat Bubbles might not be new to you. Android 11 opens all the conversations of the application in a floating bubble that you can move around on your screen.

You can get similar functionality on the old version of Android by using the Android app Direct Chat. 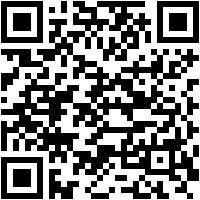 If you want to enjoy Android 11 media controls UI on your Android, you need to use the app Power Shade Android. 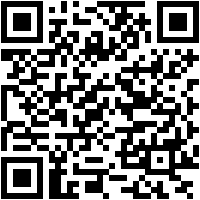 Android 11 also lets you schedule dark mode. This means that you can program your phone to use dark mode at night and light mode in the morning. The feature is not available even on the previous version of Android – Android 10.

However, you can get the same functionality on an older version of Android by using the app Dark Mode. Even if your phone does not have dark mode, you can still get it by using this app. Also, it forces dark mode on third party apps.

Here are some of the best features of Android 11 that you can use on any Android. Hope this article has helped you! Please also share it with your friends. If you know of any other such apps that bring functionality from Android 11 to older Android, let us know in the comment box below.