We used to think that the overlapping sounds in videos and TV shows are a sign of simple and even cheap content. In fact, all is not so clear. For example, the laugh of the frame is sometimes layered for added comedic effect, and the applause can even appeal to the audience.

For example, one of the most popular episodes of our time “Big Bang Theory” actively uses layered laughter in each of its series.

Recordings of live performances or concerts cannot always be achieved with good sound accompaniment. In such situations, the additional sounds of the crowd are also used to achieve the desired atmosphere and effect. You can also use Top 22 Best Sound Effects Apps For Android And iOS to add extra sounds to your daily life.

You may shoot a video in TikTok and need to add sounds from the people around you, the crowd or other sounds of the presence of strangers – in that case you can use the apps we found. . We’ve rounded up 9 best audience sound effect apps for Android and iOS for you.

You might know that when filming sitcoms and TV series in a special room, the sound director presses the buttons with the necessary sounds. It could be executive laughter, car noise, applause or an alarm.

100 sound buttons will help you feel like a real sound director and press those same buttons. As you may have already understood, the app has 100 buttons with various sound effects which will be played after pressing them.

With this application you can have fun with your friends or annoy them, constantly including annoying sounds. The developers try to make the sounds more realistic and louder so that you can achieve exactly the effect you want.

It is worth noting that there are also thematic buttons: for example, Christmas bells, Santa’s sleigh and many others. For certain holidays, 100 Sound Buttons updates its collection and adds more themed sections. Of course, here you will also find some classic signals that you want to use.

Sound effects in life may be needed at the most unexpected moment. Maybe you are joking with your friends, you made up a good joke and you need some kind of comedy sound to amplify it.

Sound Effects app will help you find different signals for the most unexpected situations and for all occasions, and you just can’t stop using them. Your friends and family will laugh and be surprised when you start using sound effects in a conversation.

Even if you are not funny in one way or another, you can still add artificial laughter to the audience and make the situation more comical. Sound effects allow you to set timers for playback so that everything goes as planned.

The collection contains over 50 different sounds, constantly updated with each update. You can also add some of them to your favorites category for quick access. Sound Effects even lets you add sounds to the catalog yourself. 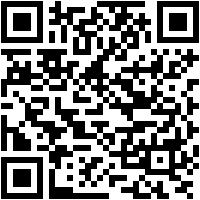 Are you rehearsing your performance or just renting a booth without an audience? In this case, Audience Crowd Reaction Sounds will help you make it more realistic and fun.

Using the app, you can animate your jokes or practice with the reaction of the virtual audience. If you think that at some point your audience will start laughing in real life, just add the sound of laughter and accurately model the real situation.

In addition, Audience Crowd Reaction Sounds will help people who are annoyed by screaming during performances and who would like to react less to them. By using apps during training performance, you will be less annoyed and quickly get used to the sounds.

Audience Crowd Reaction Sounds brings together all of the most popular audience reactions – laughter, applause, yelling “Hooray” and nods, and many more. It should be noted that you can only use the application from your smartphone as you cannot download anything directly from the service. 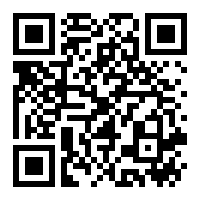 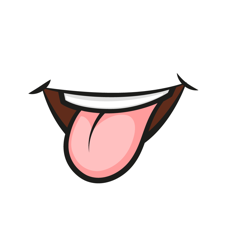 Audiencer is one of the apps with sound effects, which interface is very comfortable and beautiful. As soon as you open the app, you will see simple icons for each of the sounds you want to play.

New sounds are constantly being added and appear in the “New Sounds” section, so you won’t miss anything of interest. With Audiencer sounds, you can create a simple listener or spectator effect without being in a noisy room.

The app also contains funny sounds, which are associated with people with actions. These can be the sounds of a cartoon bomb explosion, the presence of ghosts, a drumbeat and more.

The funny sounds are perfect for a party with friends or a performance in front of your loved ones and loved ones. Some of them can even be used for jokes and for having fun with your friends. Start the Audiencer in a second and you won’t be late with the funniest moment.

We have already said that “The Big Bang Theory” is one of the most popular modern series that constantly uses frame laughter. If you want to achieve the same effects as the series, you can install the Pocket Sitcom app on your smartphone.

Here you will directly feel how you are in the same atmosphere with Sheldon and Clarissa, and you will be able to enjoy all the comedy sounds that you have heard before on TV or on a laptop.

Pocket Sitcom can become a real soundtrack of your life. Just use the funny sounds when you meet friends or make jokes to make a soundtrack laugh. Besides laughter, the app has more than 30 different original effects, which you can also apply.

Wow effects, applause, fade sounds and much more – you will really find yourself in the series. From the minuses we can note that in Pocket Sitcom there is an advertisement and there is a lot of it. You can only get rid of ads with an app subscription.

It’s easy to jumpstart your conversation or draw attention to the business. This app has a collection of different sounds like a way you can use Sound Board.

These are mostly comedic sound effects, which you can incorporate into any situation and get the attention of others. For example, you can annoy people on the street or add more fun and laughter on a night out with friends, including some sounds in different situations.

Sound Board gives you complete freedom of action and you can use the tools for your creativity. Of course, you won’t find an amazingly funny joke with the app, but you can make it more fun.

For example, you can meet someone at a club and add a hilarious sound to your phrase. In the event of a failure, you can still put the deception sound “OOOHHH”. Maybe in this case, the person will change their mind and appreciate your originality and your sense of humor. 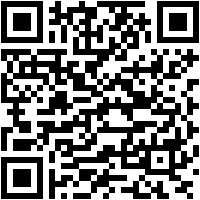 FX immediately evokes associations with various television series and entertainment shows. You might not always notice the use of sound effects while watching, but trust me, there are a lot of TV shows and movies that use them.

With the Game Show FX Soundboard app you can add a little TV to your phrases or whatever situation you find yourself in. Make your event or party much more fun, and try to make your friends laugh while playing.

Game Show FX Soundboard contains many different sounds which are often used in shows or programs with games. Here you will find the sounds of the price wheel, the correct and wrong answers, the noise of the crowd and much more.

Even when you are playing board games with friends, you can apply all these sounds in real time. For example, if the answer is given a while, you can use a special timer on the screen. In general, Game Show FX Soundboard allows you to make your group more active and not as boring as it could be. 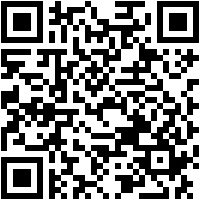 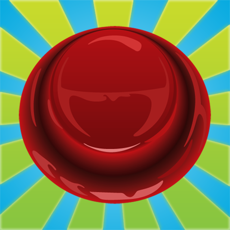 As you can understand from the name, Sound Board is a virtual card with buttons. By pressing one of the buttons, your smartphone will produce certain sounds that can be fun or thematic.

Sound Board has put together a hundred different effects which are full of action and will be real entertainment for you at a family reunion or party. The board can be either with funny and silly sounds or with necessary sounds – for example, applause or a crowd response.

In Sound Board, there is also a random button which can start speaking to you with human voice. If you need a strictly defined sound, you will find in the description of the application a complete list of the presented audio.

You can also get a random sound with a simple action – shake your smartphone and you will hear something unexpected (the main thing is that in a crowd it is not the sound of toilet water). Of course, you can also have fun with a pretty nasty board – the Sound Board has 24 different fart sounds. 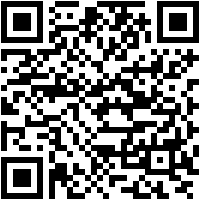 It’s not just universal apps with sounds. Of course, all users want to get as many features as possible from the service. But if you only want applause, you can safely use the applause sounds.

It is a collection of sounds with different types of applause, which can vary in volume, intensity, as well as the size of the virtual crowd. Applause Sounds will help you feel the triumph when over a hundred different people are clapping.

In everyday life, you are unlikely to hear anything like this. Musicians, performers or comedians only hear such things at concerts – even during rehearsals you can’t prepare for a barrage of applause.

Applause Sounds will prepare you for this and teach you how to answer it correctly and sincerely. Maybe your kid is telling you a poem or song at home – you can run the app and show them how good they are. You only need two hands and a smartphone to clap like a crowd would.

At the moment, some sounds, like audience applause or laughter, live on their own. Many comedians and comedians in their videos use them to make a situation absurd, while others prefer to add more organic sounds.

Of course, some viewers may think they are old fashioned and silly, but it cannot be denied that sometimes their use is necessary. Audience Sound Effects Apps may be needed for every user who has at least once tried to make a video or edit a video themselves.

We hope that our article has been useful to you as it contains applications which have a large collection of various sounds.