Home security gets easier, smarter and cheaper every year. Here are the best home security apps for Android!

Home security gets cheaper, smarter and easier every year. Thus, the market is down for standalone home security applications. Most of the best ones combine with a smart security camera these days. Still, there are a few options worth exploring for those who still have old phones lying around. Here are the best home security apps for Android.

SEE AS ​​WELL: The 12 Best Home Security Apps for Android and iOS

AtHome Camera is one of the best and most popular home security apps. Its main feature is support for multiple platforms. It has apps for Android, iOS, Mac and Windows. The service is available in two separate applications. The camera app turns your device into a camera while the other app lets you monitor. Some of the features include time-lapse recording, multi-view for up to four cameras, remote monitoring, and even facial recognition. It’s a great way to reuse old laptops or smartphones. It also has a series of hardware cameras if you want to go that route. The app itself is free. 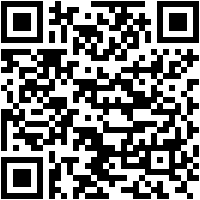 Alfred Home Security Camera is one of the most popular home security apps for mobile. It allows you to reuse old smartphones for home security purposes. This one offers remote access, live video streaming, free cloud storage, walkie-talkie function, zoom, etc. Many features are available for free. However, some things, like HD recording, are only available through the monthly subscription. It has its issues, but the pros generally outweigh the cons for the most part. The app is also free to download and use. 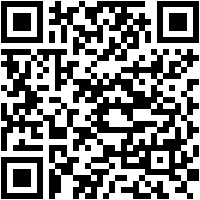 IP Webcam is one of the simplest home security apps. It turns your phone into a remote camera. The app has a decent, albeit basic, feature set. They include VLC player support, live video streaming, Ivideon support, FTP server and Dropbox support, motion detection, and video chat support. It is one of the few good free home security apps. It does, however, take a few minutes and a bit of brain power to set up. The application is supported by advertising. Otherwise, it’s totally free.

TinyCam Monitor works like most other IP cameras on the list. You install it on two different devices. The former is used for its camera while the other is used to monitor the former. Some features include support for H.264 and H.265 codecs, support for security cameras made by certain manufacturers, 17 different layouts, and more.

The pro version removes ads, adds support for 24/7 video recording and face detection. The feature set is pretty good and the app is pretty easy to use overall. We also like that it doesn’t require a subscription. WardenCam is another home security app for your old phones. It claims to work anywhere on 3G, 4G and Wi-Fi. Additionally, the app offers multi-camera setups, Google Drive and Dropbox support, motion detection and alerts, support two-way audio support and above-average developer support. This one requires a one-time cost rather than a monthly subscription. It’s always preferable. The user interface is decent and the app is pretty easy to use.

The best home security apps pair up with their hardware counterparts. Popular smart home products like Nest, Netgear, and LG smart cameras have their own apps. Additionally, some traditional security companies like ADT or Vivint have started deploying their own apps. Finally, there is a range of security cameras available from companies like Nest and most of these have apps too. Generally speaking, your best bet is to find the hardware camera that works best for you and just use the app that comes with it. Reusing your old phone is great for this sort of thing, but it just can’t beat devices designed for this specific task. Good luck!

If we missed any great home security apps, tell us about them in the comments.

Discover our trick to export your Apple Music playlist to Spotify

Set up and use Google Drive on your Mac

OPPO smartphones that will receive ColorOS 13 and rollout dates

How to switch from Windows to Linux on the same machine

Discover our trick to export your Apple Music playlist to Spotify

Set up and use Google Drive on your Mac

OPPO smartphones that will receive ColorOS 13 and rollout dates

How to switch from Windows to Linux on the same machine