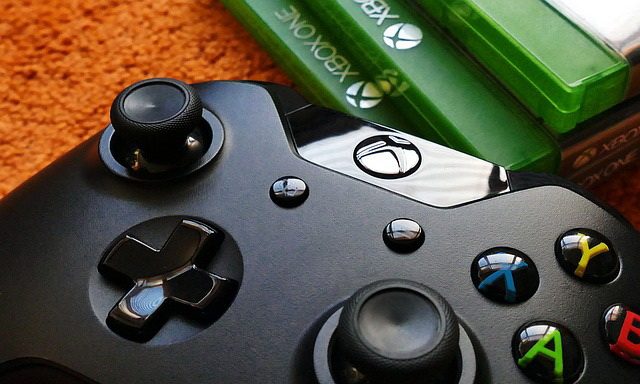 If you’ve just bought a new Xbox One, if you don’t know what games to play, then you’ve come to the right place. We’ve compiled a list of the 15 best Xbox One games, covering a variety of genres, which you need to play on your console. This list includes games released in 2018, 2019, and 2020, which means you won’t see any of the older Xbox One titles that any Xbox user must have, but you will definitely see some great games with countless hours of use. fun while playing alone or with friends.

Rockstar Games’ Red Dead Redemption 2 takes players back to the American Wild West where they must steal, steal, and fight their way across the land to survive. With the law on their heels, players also need to be careful of the brewing storm among gang members that threatens to tear the gang apart. We were all excited about our in-depth look at Red Dead Redemption 2 and you can go and see if you want more details.

If you are a fan of racing games, Forza Horizon 4 may be more than what you expected. The latest addition to the Forza franchise contains over 450 cars. Take some time off the slopes and explore the shared open world where you can even interact with 72 other players and explore historic Britain like never before. Add to that the new dynamic mechanics of the game’s seasons and you’ve got a racing game that’s more immersive than anything you’ve played before.

Celeste is a simple adventure platform game where you play as Madeline, a young girl who is heading to the top of Mount Celeste. On the way up, Madeline encounters several different obstacles, some of which are created by her dark reflection, dubbed Part of Madeline. While the game may seem straightforward to pick up, it gets quite difficult the closer you get to the top, with a variety of different obstacles, both human and natural, preventing you from reaching the top.

NieR: Automata BECOME AS GODS Edition is an action role-playing game set in a post-apocalyptic world ravaged by aliens abandoned by the human race and ruled by mechanical life forms. You are part of an android army created by humans and your mission is to reclaim the planet by fighting hordes of deadly machines. The game has a compelling storyline, a ton of replay value, and great gameplay mechanics, which make it a must have game for your Xbox One.

Dead Cells is another great action platformer that you can play on your Xbox One when you want to play something a little more casual. Set in an ever-changing castle, Dead Cells places you in the role of a body of cells that have taken control of a corpse in a dungeon. Now you have to fight your way out of the dungeon and collect weapons, loot and other tools that will help you progress in the game. Be careful with your actions, however, as there are no points of control and if you die you will have to start all over. Frustrating the challenge is a good way to define dead cells.

Hellblade: Senua’s Sacrifice is a perfect fusion of an action adventure and a puzzle game. She takes you on an epic journey to the heart of the Viking, where you play as Senaa, a Pict warrior troubled by trauma and psychosis. What is really unique about the game is the fact that it doesn’t give any information to players in the form of tutorials, but relies on the players to decipher the audio signals in order to understand the mechanics. and keep moving forward. If you like a challenge, Hellblade: Senua’s Sacrifice deserves a place on your Xbox One.

Injustice 2 one of the most addicting fighting games ever played. The arcade style fighting game features an impressive array of DC super heroes and villains that you can customize with unique gear that you will earn as you progress through the game. You can change the look of your outfit. character, combat and performance in different game modes.

Monster Boy and the Cursed Kingdom

Another awesome platform game to add to your list of Xbox One games to buy – Monster Boy and the Cursed Kingdom puts you in the shoes of a boy named Jin. As Jin, you must prevent your Uncle Nabu from wreaking havoc throughout the kingdom using magic. To do this, you can transform into six animals, each with their own abilities. The game offers over 15 hours of playtime, a wide variety of hidden paths for you to explore, and much more.

The latest game in the Resident Evil franchise, Biohazard is arguably one of the best Resident Evil games when it comes to its horrific roots, with an emphasis on exploration and survival. In the game, you play as Ethan Winters who searches for his missing wife in a treacherous plantation that is home to the cannibal Baker family. Solve puzzles, fight enemies, and do whatever it takes to survive in this spooky adventure that will give you chills.

It’s 1961, the Nazi army dominated WWII and established a totalitarian regime in America. In Wolfenstein II: The New Colossus, you play as William ‘BJ’ Blazkowicz, a veteran who still tries to overthrow the Nazi regime. Lead the revolution, take down enemies and do whatever it takes to take down the regime in this first person shooter. The game is a must see for all fans of the Wolfenstein franchise and even if you have never played a Wolfenstein game before, I strongly urge you to give it a try.

Another big racing title on the list, F1 2018 sets itself apart by offering players the chance to experience the 2018 Formula 1 World Championship from a driver’s perspective. The game includes the twenty-one circuits of the championship as well as the twenty drivers and ten teams that took part in the championship this season. So if you’ve ever wanted to experience the excitement of being on the tarmac at the French Grand Prix or the German Grand Prix, you should definitely watch F1 2018 on your Xbox One.

FIFA is the world’s most popular soccer game, and the latest game in the franchise – FIFA 19 – only further strengthens its legacy. This year FIFA 19 brings a series of major gameplay changes that will have a significant impact on the way players play. The game now includes the new “Active Touch System” for better player control. If you are a soccer fan then FIFA 19 is not something to be missed.

Shadow of the Tomb Raider

Shadow of the Tomb Raider picks up on the events that happened after Rise of the Tomb Raider and this time around, Lara Croft is on an adventure to put an end to the activities of Trinity, a paramilitary organization. The game features some pretty amazing locations, some intense shootouts (unless you want to go the stealth route) and a gripping storyline that will keep you entertained. Shadow of the Tomb Raider is definitely worth a visit, even if you are not a big fan of the franchise, but love adventure titles that have a great story.

Take the time to ride two wheels instead of four with RIDE 3, a great bike racing game you can play on your Xbox One. The game offers players a selection of around 230 different bikes, as well as 30 tracks they can ride on. Bikes range from old vintage models to modern cafe racers, while the tracks range from the popular North West 200 to Nordscheleife to Outlon Park and Sugo, all of which present their own challenge. Discover RIDE 3 to experience the thrill of racing on two wheels.

The Pro Evolution Soccer franchise, or PES, is FIFA’s biggest competitor in the market. To stay in tune with FIFA 19, it was also given a refresh this year. PES 2019 offers a greater selection of licensed leagues, 11 new skill features for players, updated Myclub feature to engage players in your own club, 4K HDR support. PES 2019 is definitely worth buying an Xbox One if you’re looking for a decent FIFA 19 alternative.

If we missed any of the best Xbox One games, let us know in the comments.