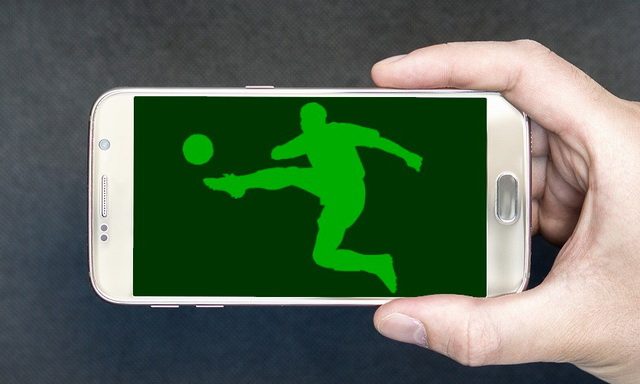 Football is a mass sport. It is arguably the most popular sport in the world. There are a bunch of leagues, tons of teams and thousands of players. It’s almost an act of futility to follow them all. Almost. There are a surprising number of great football apps out there. Honestly, it was hard to narrow down the number to ten, but we did. Here are the best soccer apps for Android. 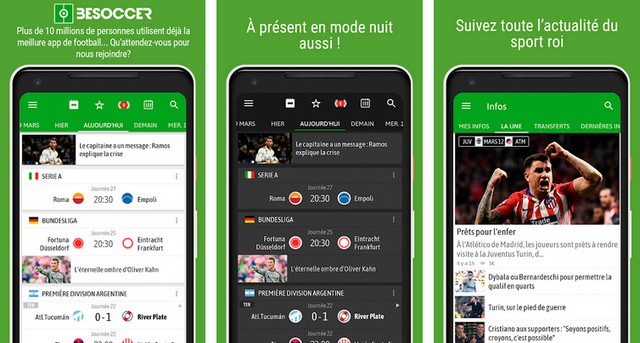 BeSoccer is a popular soccer app. It enjoys support for most of the top leagues in the world including the Premier League, MLS and others. The app also offers push notifications for games, weekly schedules, live individual and team stats, commentary, and more. All of this comes in a clean material design interface. There really isn’t much wrong with this one. They are even open to adding new leagues upon request. 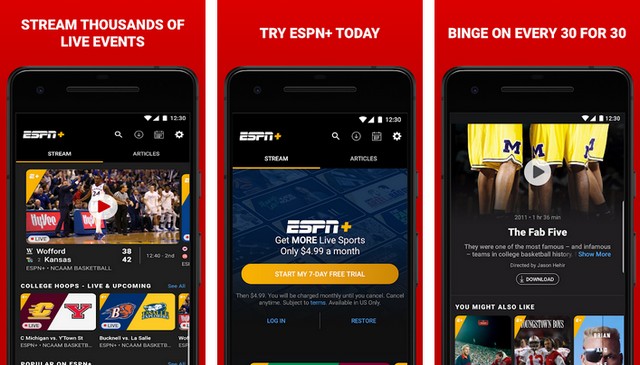 ESPN is a great soccer app for North American soccer fans. It offers the usual range of news, ideas and opinions. ESPN also has ESPN+, a streaming service offering most sports. This includes soccer. This makes ESPN+ the cheapest option for watching MLS soccer on your mobile device. Their coverage could be better. However, there are other best apps for football fans. It’s MLS’s ESPN+ support that is really worth mentioning. We wouldn’t recommend it to our European audience unless they really want to watch American football.

Feedly is an RSS application. It allows you to follow many blogs, sites, YouTube channels and other online media. So you can build your own library of football content from the blogs you actually like. The app is also clean, keeps track of what you’ve read and what you haven’t read, and also syncs cross-platform with computers and iOS. It takes a bit of work at first. However, a fully provided feed will contain only the information you want. Feedly is also completely free, with no in-app purchases. 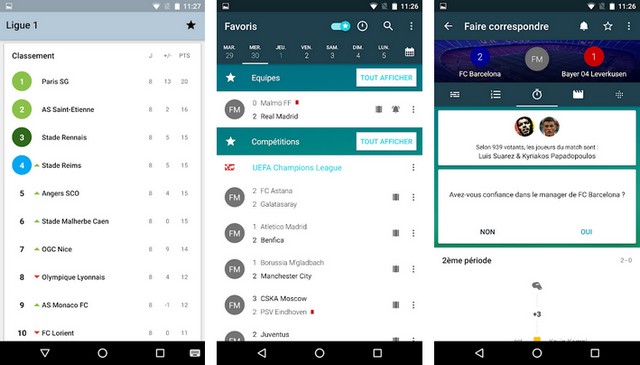 Forza Football is another great football app with a ton of support for various leagues. It has more than 400 leagues in total, with scores, updates and schedules. It allows you to follow the leagues and teams that interest you. The app also includes polls, pre-game lineups, and more. It’s not as clean as something like BeSoccer and not as simple as SofaScore. However, the quality of the information is quite good. It’s also totally free, with no in-app purchases. There are a few announcements, however. 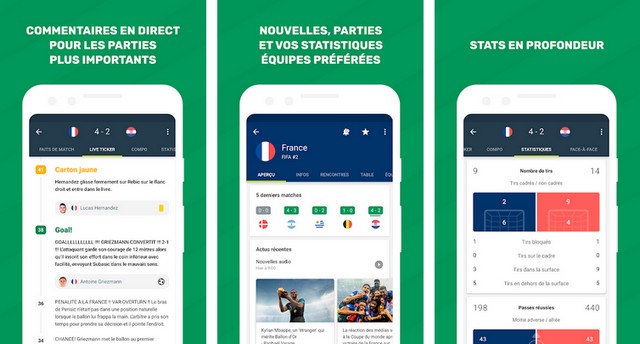 FotMob is another competitive soccer app on mobile. It covers most leagues and all major leagues. Also, it covers the basics like line-ups, stats, goals, cards, substitutions, schedules, and more. The UI is clean with Material Design. This is good news because this application contains a lot of information. We have seen complaints of push notifications not working from time to time. However, the app seems otherwise stable. It’s one of our readers’ favorite football apps in Europe and you can check out our comments section to see it for yourself.

Onefootball Live Football, Results and Transfers puts its description in its name. It’s a source of scores, updates, highlights and schedules. This one leans towards an American audience with an emphasis on American football. It covers over 200 leagues internationally. However, there are apps that cover more leagues better. We mainly recommend this one to American football fans who are interested in the world of football. The app is sometimes sluggish and slow to update some leagues. It is otherwise very good. 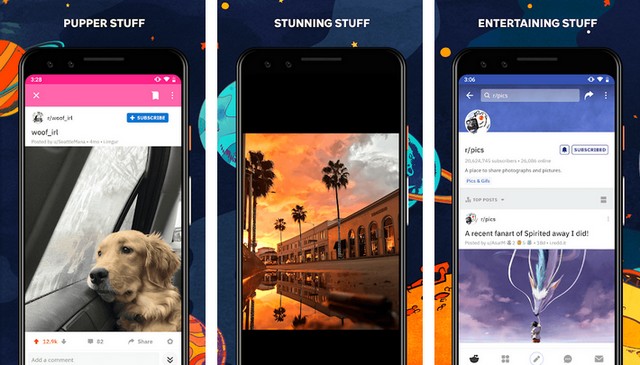 Reddit is a decent app for football fans. At first glance, it is not a football app, but it has many football communities. Most leagues, teams and even some players have their own subtitles. It’s a good way to bond with other fans, discuss news, and trick your opponents’ speech (keep it civil though). We have the stock Reddit app here. There are a ton of third party options. The application is completely free. There is an optional subscription with additional features. It also removes ads. However, the free version should work for most people.

SofaScore is a recommendation from two members of our staff here at Info24Android. It’s a sports app that covers more than football. The app offers live scores and updates for European and American football, basketball, hockey, motorsport, baseball, and more. It focuses on North American sports fans. The app also allows content to be displayed, as there is so much to display. This is definitely one of the best apps for sports lovers. 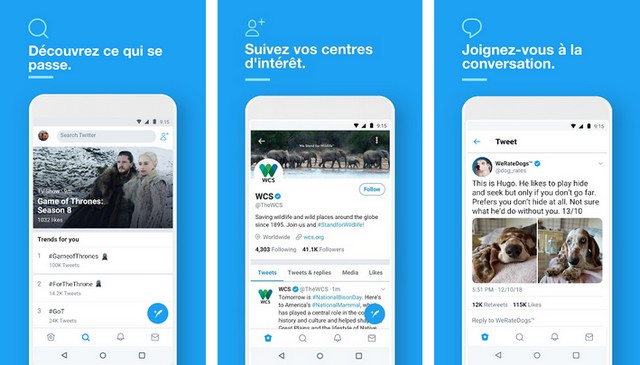 Twitter is a horrible place most of the time. However, he excels in sports, including football. You can follow various official league accounts, as well as individual teams, players and most sports blogs. So you get scores and updates in one place. A live track is more effective for scores, however. You can also interact with other fans on Twitter. However, most people are not on their best behavior on the social platform and this makes socializing difficult. Still, it’s still useful as a cohesive and customizable source of content from various football organizations, individuals, and blogs. 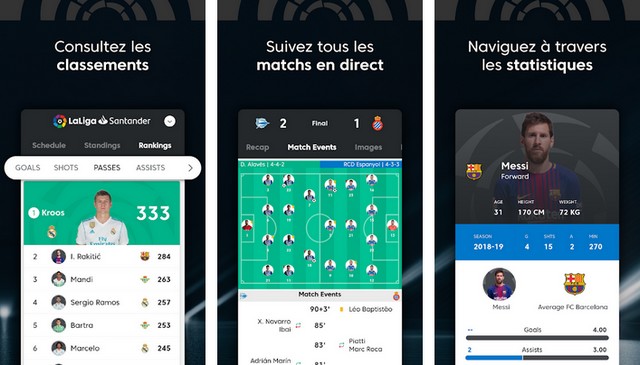 There are a ton of official football apps. This includes individual league apps, team apps, and even some official tournament apps. This gives a more focused focus on news and happenings surrounding specific parts of the sport and we recommend them for people who only want to follow part of it. There are even players with official apps. I was more than a little amused to find the official Messi app. This sport is a trip sometimes. Most of these apps are completely free. Some of them may have advertising.

If we missed any of the best soccer apps for Android, tell us about it in the comments. You can also click here to check out our latest Android app listings.

How to update your BIOS

How to defrag hard drive in Windows 10

How to update your BIOS